First, I would like to congratulate Rose Levy Beranbaum on winning two IACP awards for her book, Rose's Heavenly Cakes!! I'm not surprised she won because the book is wonderful. It's full of reliable recipes that are tested over and over. And then you have the beautiful color photos. I very much enjoy baking from this book!

Now back to HCB business. This week's recipe for the Heavenly Cake Bakers, is the Coffee Chiffonlets with Dulce de Leche Whipped Cream. I don't even like coffee and yet I was super excited about making this recipe. Why? Because I've never made a chiffon cake before. I didn't have mini Angel Food Cake pans required for this recipe, so I decided to make it into a layer cake. Well, that was easier said than done. After reading through the Orange Glow Chiffon Cake recipe in Rose's Heavenly Cakes, I learned that as long as I used unbleached flour and a flower nail, I should be fine. And so the adventure started... 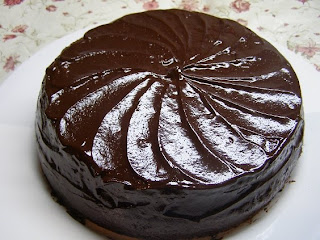 Looks can be sooooo deceiving... :o)
I decided to use an 8" round spring form pan since the ingredients for the Coffee Chiffon cake measured 75% of the Orange Glow Chiffon cake (which was created for a 9" pan). I was happy when the batter came about halfway up the spring form pan. 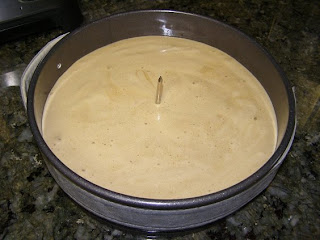 After 35 minutes, I tested the cake and the cake tester came out dry. Pretty much within 30 seconds, I had a little uh-oh moment when the cake part at the top started to shrink from the sides. But I kept my cool and flipped the cake pan upside down anyway and continued to cool it that way for 1 hour. 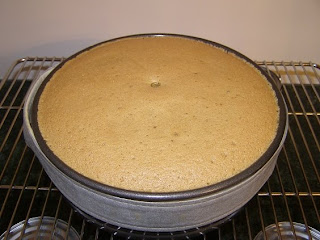 After I took the cake out of the pan, I couldn't believe the funny shape of the cake. It was very lopsided to say the least :o) Of course I ask myself, why did that happen? I'm thinking I might have slightly underbaked the cake. With that said, this could very well be the softest cake I've ever touched. So light, soft and spongy. 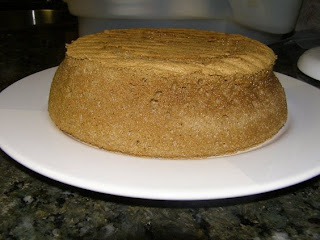 Instead of the Dulce de Leche Whipped Cream, I decided to make a coffee-flavored pastry cream because I didn't have any cream and was too lazy to go buy it :o) So I pulled out my copy of Tish Boyle's The Cake Book and made the pastry cream recipe that is part of her Boston Cream Pie, with the addition of 1/4 tsp of espresso powder. I cut the cake in half, brushed both halves with the coffee syrup, and sandwiched the coffee pastry cream in between. 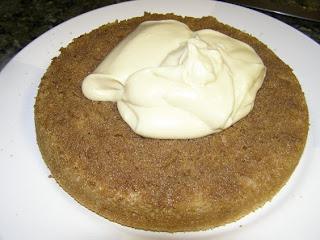 To cover up this "ugly" cake, I glazed it with my standby Chocolate Glaze :o) 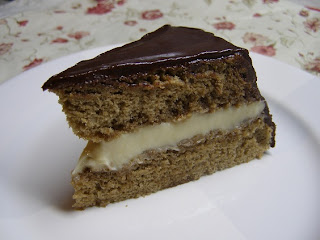 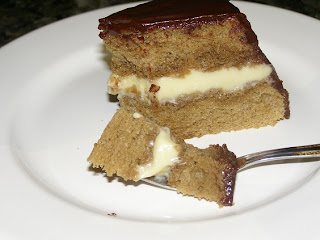 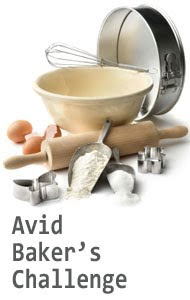 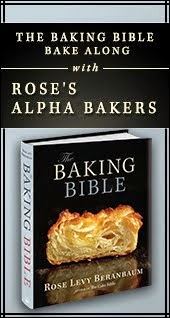